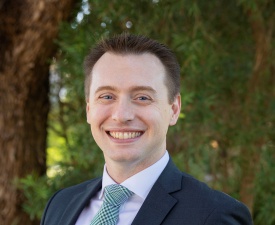 Many people assume that as their children are telling them, sometimes vehemently, what they want in terms of who they wish to live with that the children will be able to lead evidence from the children in court proceedings. This is hardly ever the case.

Section 100B of the Family Law Act 1975 (Cth) provides that unless a child is a party to the proceedings (which is hardly ever the case) they cannot file an affidavit or be called to give evidence as a witness or even attend the court room without the leave of the court.

Factors which the court may consider as relevant in their decision as to whether to allow the child to give evidence include the following as set down in the case of Foley and Foley (1978) FLC:

The reasoning behind the courts position on the evidence of children is best said in their own words. For example:

“I personally would need a considerable amount of persuasion before I allowed any child to be called as a witness or to be used in any way as a witness in a court in which there is a dispute between that child’s parents. I could think of nothing more counter-productive to the relationship between parent and child for the future than allowing such a course to take place.”

“although very occasionally information in the form of an affidavit from a child of this sort of age [ie 13 years] may be of value, most people would think that the worst possible way of getting the views of a 13-year-old boy before the court was to get him to swear an affidavit, which of course he has not drafted himself and which is inevitably entirely unreliable. It does nothing to help anybody who has to try to control this boy and, speaking for myself, I deplore the fact that lawyers should be in contact with children of this sort of age in this kind of case. Getting them to swear affidavits is a thoroughly undesirable practice.”