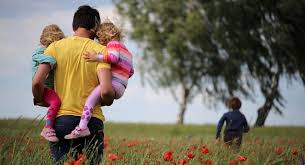 It is often thought that when children become of a certain age, they can decide who they live with in the event that their parents separate. Our Family Law team are routinely asked, how long will the orders be effective? And, what if my son/daughter wants to live with the other party despite the orders?

Notwithstanding the reality of having a provisional driver’s licence or the ability to navigate public transport, the Family Law Act 1975 does not prescribe that a child of any age has the autonomy to make decisions in relation to where they live. The effect of the Family Law Act is that children are considered as children, and not able to make these decisions until they are 18 years old.

To assist in evaluating the child’s maturity and understanding the Court may appoint a Family Consultant or Single Expert who will meet with the child to discuss their wishes as well as assess how they are coping with the current parenting arrangement and draft a report to the Court with their recommendations/findings.

As s 60CC(3)(a) of the Family Law Act and Bondelmonte v Bondelmonte (2016) makes clear, the Court may consider any matter it thinks relevant, which bears on the weight to be given to the children’s views.

The recent matter of Garram & Garram (2019) was an important decision regarding of the child’s views. This matter was an appeal to the Full Court of the Family Court of Australia in relation to a first instance decision that two children live with the father despite the older of the child’s wishes that the both siblings should live with the mother.

Both children expressed a wish to remain together. The older of the siblings was 15, the younger, 12.

Despite the wishes expressed by the older of the siblings in a Family Report, the Primary Judge erred on the side of caution in giving weight to the views of the more mature sibling noting the influence on her by the mother of the two children. On appeal, to the Full Court, this decision was upheld despite being against the eldest child’s wishes as the Primary Judge had not failed in having regard to the child’s views but ultimately, considering all other factors affecting the children’s best interests, decided against those views.