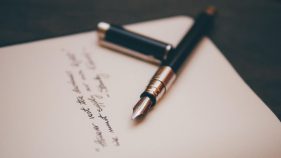 A Power of Attorney is an important document in nominating the right party or parties to manage a person’s (“the principal’s”) financial affairs, either for in a specific instance, or in the case of an enduring guardianship, in the event that the person can no longer manage their own affairs during their lifetime.

Attorneys and your Will

While a Power of Attorney is often prepared at the same time that a person may prepare their last will and testament, the documents operate at very different times.

It is important for the appointed attorney to remember that the appointment as attorney ceases to operate once the principal passes away. While it may be the same people involved, the executors appointed in the will of the deceased are the people with the right to attend to the financial affairs of the deceased.

A common question is whether or not an appointed attorney can change the last will and testament of a person on their behalf.

A Power of Attorney does not grant the power to attend to testamentary acts on behalf of the principal, such as changing that person’s will.

But what about Superannuation?

The superannuation accrued by a person during their lifetime is distributed by the trustee of the superannuation fund and does not always form part of the estate of the deceased person to be dealt with in their will.

This means that keeping up a person’s binding death nomination for their superannuation is likely to be just as important as having a valid will to make sure that a person’s assets are left to the right people on their passing.

The question of whether or not an appointed attorney can make a binding death nomination is therefore just as important, however the answer is clear cut or consistent.

Tasmania has clarified in legislation that an attorney may act in relation to superannuation, however the other States look to caselaw for guidance.

The Supreme Court of NSW in the case of G v G recently dealt with the issue of whether a binding death nomination could be made on behalf of someone without capacity to manage their own affairs. While in this case it was a financial manager, as opposed to an attorney, who sought to act on behalf of the incapacitated person, the case allows us to consider the factors that would determine whether an attorney could do such an act.

The Court confirmed that the prevailing view in Australia (it should be noted, not in Western Australia) is that the making of a binding death nomination is not a testamentary act, as is preparing a last will and testament.

The Court in G v G reached their decision on considering whether the action would be considered in the best interests of, and for the benefit of the person.

How does this compare to Attorneys?

As such, it is important to review the conditions in the Power of Attorney document before any action by an attorney, and as well as the terms of the superannuation trust deed in relation to attorneys and binding death nominations.

To avoid uncertainty, an attorney may also seek judicial advice to ensure that a proposed action is authorised by the Power of Attorney.

If you have questions regarding a Power of Attorney, Superannuation, wills or estate planning, contact Baker Love Lawyers.