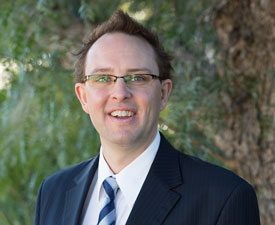 If you own property that you regularly lease to another company, does it remain your property and not the property of the lessee? Common sense might say it’s the lessor’s property, but the Courts may not agree, as a recent case demonstrates writes partner DEAN FRITH about how the Courts are applyingthe Personal Property and Securities Act (PPS Act).

The Victorian Supreme Court case relates to Relux Commercial Pty Ltd (In Liquidation) and Doka Formwork Pty Ltd, and the question of whether formwork leased to Relux by Doka vested in Relux, because Relux had a greater legal interest in the formwork than Doka.

In this case, Doka was not able to claim ownership over some of the property it had leased to the insolvent company because Relux’s liquidators were able to prove that they had a priority interest.

How did the court reach this conclusion?

The facts of the case were as follows:

The Court decided that each supply was a PPS lease pursuant to the PPS Act and that Doka was able to keep its formwork in relation to the second and third leases, but not the first. Several factors were considered including:

The court found that the first supply needed to be registered by 19 February 2014 (20 business days after supply) for Doka to have the higher interest in the formwork. The Corporations Act 2001 states that a registration must occur six-months before the ‘critical time’ (when Relux entered administration on 7 April 2014) or 20 business days after the security interest was created (whichever is earlier) or such later time as the Court orders.

Unfortunately for Doka, as the interest was registered outside this period by just one day, it was determined that the first supply vested with, and was therefore the property of, Relux. However, as the leases commencing on 26 February 2014 and 14 March 2014 could rely on the 20 February 2014 registration and therefore had a valid registration, the formwork supplied on those dates remained the property of Doka.

The Court concluded about the PPS Act: “the effect of these provisions is to extinguish the lessor’s interest in the property where it is not registered within time. This can lead to seemingly draconian outcomes, particularly where the property is valuable such as in this case where the Formwork Equipment was valued at over a million dollars. The impact of these provisions is compounded by the broad scope of the PPSA and the large number of interests covered by it.”

This case is yet another example of the need to register your interests on the PPS Register as soon as a security interest is created.

If you require further information on this case, or the PPS Register in general, please contact Baker Love Lawyers on (02) 4944 3322 or email dfrith@bakerlove.com.au.