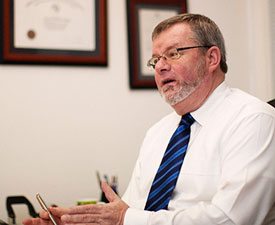 There are circumstances where a person is able to propose a Debt Agreement, which is a relatively low cost alternative to bankruptcy, according to insolvency and bankruptcy partner TERRY MORGAN.

In the financial year ended 30th June, 2013, just under 10,000 people filed Debt Agreements. That figure was up nearly 8% on the number filed in the previous financial year.

Prior to 1996, there were few alternatives available to a person who was unable to pay their debts when they fell due, which resulted in insolvency.

Whilst voluntary bankruptcy was available, it was also often considered an undesirable outcome; many wanted to enter into an agreement with their creditors. Fortunately, in 1996 some alternatives became available, including a “Debt Agreement”.

If an individual is unable to pay creditors, four (4) alternatives may be considered:

There are some situations when a Debt Agreement is not available, such as:

A debtor who proposes a Debt Agreement must:

There are certain restrictions as to whom may propose a Debt Agreement:

Once a Debt Agreement is accepted for processing, the Official Receiver must provide a copy of the proposal to each creditor.

A Debt Agreement is accepted by the creditors when it is accepted within the “applicable deadline”. The acceptance must be from the majority in value of creditors who reply to the Official Receiver before the deadline saying that the proposal should be accepted.

Following the acceptance of a Debt Agreement by creditors, a creditor cannot apply for alternative enforcement of the Debt. Further, a Sheriff must not take any action or further action to execute or sell property under any process issued by a Court, to enforce the payment of any debt, the subject of a Debt Agreement.

A person proposing a Debt Agreement must accept that if he has any property which is otherwise secured to a creditor, then the secured creditor is still able to deal with that property, irrespective of whether or not a Debt Agreement is approved.

There are provisions within the Bankruptcy Act which enable a Court, in certain circumstances, to declare a Debt Agreement void.

If you are considering a Debt Agreement, or bankruptcy, please contact our Insolvency & Bankruptcy Team at Baker Love Lawyers. Call (02) 4951 5766 or contact us here.