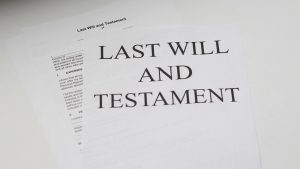 Having a will in place is the best way to try and make sure that a person’s wishes are honoured when they pass away, and to make the process easier on those left behind who are dealing with grief.

For a person to prepare a will they need the capacity to understand the nature of the document. Unfortunately, due to injury or illness, many people lose this testamentary capacity during their lives, or potentially never had the chance to obtain it, such as minors.

The Succession Act attempts to outline the appropriate people to received the estate of a person who has passed away without a will, however these proposed beneficiaries are not always the beneficiaries that the deceased would have wanted to gift their assets to if they had a say.

In other cases, where a person has taken the opportunity to prepare a will, and subsequently lost capacity, due to passage of time, this old will may no longer reflect what their current wishes would have been had they had the chance.

Information for the Court

Where the Court grants leave to the person applying for a will to be made or amended for another person who lacks capacity, it shall consider the require and consider the following information:-

Where the will is ordered to be made

The will remains with the Registrar unless the Court later revokes the will, or of the persons regains testamentary capacity.

It is always advisable where possible to make a will when a person still has capacity.

To discuss making a will or an application for a Court authorised will, contact Baker Love Lawyers on (02) 4944 3322.