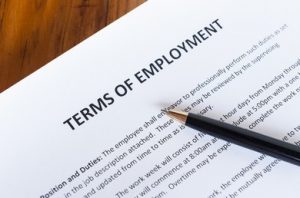 Your employee has resigned and immediately takes up a position with your competitor. You run to your lawyer frantically waiving the employment contract which includes a restraint of trade saying “they can’t do that! I want an injunction!”

Approaching the Court seeking to enforce restraints of trade in employment agreements is not for the faint-hearted.

As a starting point, in NSW, the effect of the Restraints of Trade Act is that a restraint is only valid to the extent to which it is not against public policy. At common law, Courts have found that restraint of trade clauses are void unless they can be shown to be reasonably necessary to protect the interests of the parties. A restraint that simply aims to prevent competition is not enforceable.

In the August 2021 Court of Appeal decision of Belflora Pty Limited v Vinflora Pty Limited, Belflora’s attempts to enforce a restraint failed. The Court of Appeal found that the restraint was unreasonable in respect of its duration and its extent. The Court found that the restraint in question did not serve to protect a legitimate protectable interest. As a result, Belfora’s claim failed.

Before you rush to get an injunction, it is important to carefully consider and identify the legitimate interest you are trying to protect and whether your restraint clause is reasonable in its application.

Furthermore, when drafting a restraint of trade clause, it is important to consider what is reasonable and not to overreach.

Get in touch if you need any assistance.