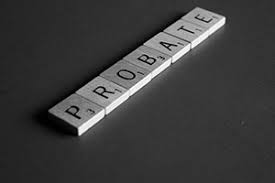 For those coming to terms with the loss of a loved one, the process of notifying the various government departments, financial institutions and other organisations can be overwhelming in an already difficult time.

There have been calls to streamline the process of notifying the organisations required to be notified when someone passes away, as well as the process of finalising the tax affairs of a deceased, and these calls are not going unheard.

One of the issues faced is the integration of Federal Government agencies such as the ATO in a system where both the registries of births, deaths and marriages, Courts responsible for providing a grant of Probate or Letters of Administration and the succession legislation are state based.

On a state level, the births deaths and marriages registries of the states and territories of Australia (excluding ACT) have been working in collaboration to roll out the new Australian Death Notification Service, which was officially launched in NSW on 30 August 2020.

The service uses information in relation to the deceased and outlined on the death certificate to provide an online notification to several organisations that an account holder has passed away.

As at the official launch, the service has been adopted by major banks including the big four banks, telecommunications and utilities providers.

It is anticipated that the list of organisations signed up to the service shall expand over time.

The service does not replace all other paperwork required to finalise the accounts of a deceased, though hopefully shall serve to reduce the paperwork required and allow for quicker and easier administration of the deceased estate.

If you have any queries relating to finalising the accounts of a person who has passed away or administering a deceased estate, contact Baker Love Lawyers.