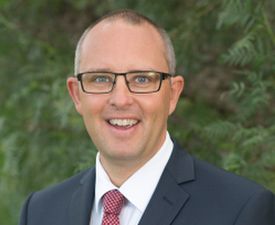 In the past, small local businesses had limited recourses to defend themselves from opportunistic thieves or abusive clientele, but now social media is providing an accessible way for them to shame bad behaviour.

However, business owners must understand that they do this at their own peril, as the shame-game may backfire.

For example, one of the owners of Polkolbin Tuk Tuk posted a Facebook statement in late 2014 about the inconvenience of serving vegans. The post rapidly went viral and spiralled into a Facebook war-of-words with the vegan community, and became the subject of intense outrage and discrediting remarks. The incident spread to local newspapers and dominated local Facebook newsfeeds. Even after promptly deleting the posts, the damage had been done and some business was lost.

Public shaming resulting in loss of employment was witnessed here in Australia when SBS sports broadcaster Scott Macintyre’s negative ANZAC Day tweets were the subject of a social media backlash. Another prominent example occurred in 2013 when an offensive tweet by an internet company’s PR executive went viral. Justine Sacco tweeted a “joke” about AIDS in Africa before boarding her plane from London to Johannesburg. By the time Sacco landed, her tweet had gone viral for its racist connotations, her career and personal credibility plummeted, and she had been fired. She remained the subject of a trial-by-social media for some time.

When shaming and sharing goes too far

Similarly, a Victorian man taking an innocent selfie with a cut-out Darth Vader in a shop display was vilified on Facebook by a young mother who mistakenly believed he was taking photographs of her children with his phone. In retaliation, she snapped a picture of him and posted it on her Facebook profile together with a warning about the alleged “creep”. The image was shared thousands of times, and the man found himself being wrongly labelled a sex offender and receiving death threats. He reported to the local police station, following which a police investigation found him innocent of any wrongdoing.

In Australia, the law of defamation is well-established and has been applied to all kinds of communications over the centuries. Social media is now one of those means of communication. A public shaming accusation which damages a reputation, unjustifiably or inexcusably, will breach Australia’s defamation laws.

Defamation is a civil action which, if found to be proven, provides compensation for damage suffered by reason of a published attack on reputation. A claim for defamation must show proof of publication, identification of the individual defamed, and the defamatory meaning of the communication. If upheld, the guilty party may be ordered to pay damages to the defamed party, for both economic and non-economic loss.

Furthermore, business owners should consider implementing a social media policy to protect them from staff members who may be posting on behalf of the business, and whose well-intentioned vigilante social media justice may backfire on the business.

Before creating or sharing any public shaming post, businesses must remember that for every story of genuinely reprehensible behaviour, there may be an equally compelling story by the publicly shamed innocent bystander, or a silly mistake blown drastically out of proportion.

Even though your actions may not land you in Court, the court of public opinion can provide some devastating results for unethical and ill-advised online publishing. Recently a West Australian restaurant’s Facebook shaming of two backpackers, who left without paying, cost the couple their jobs and accommodation. Initially, social media trended in the restaurant’s favour, but things quickly changed when their counter-story was revealed and the community realised the unfair consequences of the public shaming.

A version of this article was published in the Newcastle Herald, 13 July 2015.

If you have concerns about defamation, or want to discuss employment policies that protect your business (such as a social media policy), then contact our commercial law team.