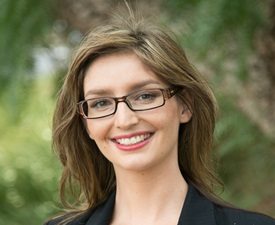 Late last year, the Fair Work Commission (FWC) upheld an architecture company’s decision to dismiss an employee after he attempted to solicit his employer’s clients through the professional social networking site ‘LinkedIn’, in an effort to expand his own private enterprise.

Facts of the case

The employee commenced work with the employer in a senior role in 2011. Prior to commencement, he informed the employer that he intended to continue carrying out private design work in his own time.

In January 2013 the employee sent a group email to a number of his connections on LinkedIn. In the email, the employee explained he had been carrying out private work and was now seeking to expand his practice over 2013. He stated that one of the advantages of working with a new company is that clients are able to access “prior big business experience at small business rates”.

One of the email recipients contacted the employee’s supervisor, and the following morning that supervisor informed the employee he was being summarily dismissed for breach of his employment contract. The employee filed an unfair dismissal claim with FWC.

It was held that the employee was intending to set up a business that could be, albeit in some small way, in opposition to his employer. Further, he was soliciting work from the current clients of his employer.

Employers need a balanced approach to the ownership of social media accounts and contacts made by an employee during their employment. If the purpose of an account is personal, it might be considered unreasonable for an employer to assert ownership. However, if the profile is primarily for business purposes, such as when social media marketers, executives and salespeople use social media for company business, the employer may have a stronger argument.

The best and easiest way to protect social media assets is to address the issue from the outset of the employment relationship.

If you would like to discuss a social media policy for your workplace, please take a look at our packages online and call (02) 4951 5766 or contact us here.