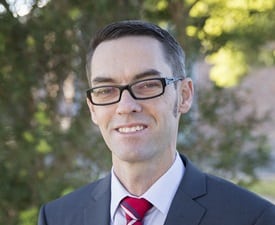 There are various terms, concepts and expressions used in the retirement village sector, but what does it all really mean?

Below is a brief summary of the more common terms and their plain English meaning:

Ingoing Contribution: This is the amount paid by a resident for the right to reside in the premises. It is also known as an entry payment or entry contribution. It is commonly made by way of an interest free loan to the village operator and may be refundable in whole or in part upon departure from the village.

Capital Works Fund: This is a fund established and maintained by the village operator for the purpose of maintaining items of capital in the village such as buildings, plant, machinery, and equipment.

Settling-In Period: A resident may terminate their contract within 90 days of the date they first occupied (or was entitled to occupy) the premises. This period is known as the settling-in period. If the contract is terminated by the resident during the settling-in period they are entitled to a refund and are only liable to pay fair market rent for the period they occupied the premises, the cost of any repairs and a reasonable administration fee.

General Services: These are the services provided by the village operator to all residents of a retirement village, the cost of which is included in the recurrent charges. E.g. management and administration of the village, gardening and general maintenance, maintaining an emergency call system.

Lease Premium: Some village contracts may provide for a non-refundable component of the ingoing contribution which is often described as a lease premium or pre-paid rent.

Village Operator: This is the person who manages or controls the retirement village.

Recurrent Charges: This is the amount payable by a resident under a village contract on a recurrent basis for the ongoing operation of the village and provision of the general services by the operator. These may be payable weekly, fortnightly or monthly.

Reinstatement Costs: This is the cost of reinstating the premises to their original condition, fair wear and tear excepted.

Village Budget: Residents effectively pay for the services provided by the village operator through current charges. The collection and allocation of the recurrent charges is set out in the annual village budget.

Village Rules: The rules for the use, enjoyment, control and management of the retirement village which residents must comply with.

Village Contracts: Also known as residence contracts, this is the contract that residents enter into to reside in a retirement village. They may comprise various agreements such as a lease, sublease, service contract and loan agreement.

Hopefully the above will provide some insight into the terms commonly used in the retirement village sector, but remember there is no substitute for good quality legal advice.