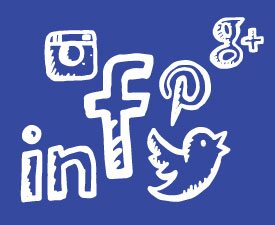 Significant revenue can be made from social media accounts but buying them from another business is neither legally nor practically straightforward.

When it comes to social media, the social media providers (SMPs) hold almost all of the cards. Any attempt to purchase accounts held by another entity using a simple asset purchase agreement will often be ineffective. This is because the current terms of service of most major SMPs create difficulties as a result of the restrictions they place on the transfer of accounts.

Let’s say, for example, you are considering purchasing a smaller company, Target Co, to complement existing business divisions. Although Target Co has little in the form of tangible assets, it has developed particularly strong brand awareness in certain market segments via a social media-focused marketing strategy. Target Co’s revenue stream now relies heavily on its followers, fans, subscribers and other consumers who connect with it and its brands through social media.

Naturally, as part of the purchase, you will acquire all relevant intellectual property rights of Target Co, including its registered and unregistered trademarks. Any domain names can also easily be transferred. However, what about Target Co’s social media accounts? Without those, the revenue stream that makes Target Co an attractive proposition might start to dwindle or, worse still, evaporate altogether.

The terms of service of most major SMPs forbid the unauthorised transfer of accounts. Some, such as Facebook, expressly allow transfers if written consent is obtained. However, anecdotal evidence and experience suggest that there is generally no formalised procedure to obtain SMPs’ consent to a transfer, no requirement for an SMP to act reasonably in response, and little (or, in many cases, no) prospect that it will respond at all.

Transferring ownership (or at the very least) control of Target Co’s social media accounts will require consideration of a range of alternative strategies, each of which carries certain risks, both legal and practical. To determine the best approach for your business talk with your solicitor.

SOURCE: The Law Society of NSW