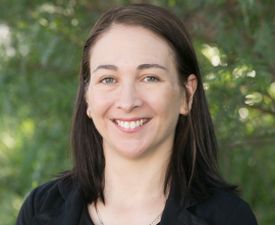 When you file an application to set aside a statutory demand, section 459G of the Corporations Act says that the application (or originating process) together with an affidavit in support must be filed and served on the person who issued the demand within 21 days of receipt of the statutory demand.

Imagebuild’s originating process and affidavit in support needed to be filed by a Friday.

Imagebuild argued that it was sufficient that the affidavit raised the matters to be relied upon in setting aside the demand even if that was only done in exhibits or by inference. Imagebuild said that this was not a case where the affidavit did no more than say that a proper supporting affidavit would be filed later which would plainly be insufficient.

Fokust said that the affidavit “was either a product of a misconception that a good explanation for delay could have the effect of extending the 21 day period or was an attempt to circumvent by the back door the strict 21 day time limit provided for by s 459G”.

The Court of Appeal found that the affidavit did nothing more than explain the delay in filing or serving what would otherwise have been the proper supporting affidavit. Therefore, were such affidavits acceptable, it would have the effect of extending the 21 day response period which the High Court has made clear is not available to any party.

As a result, the application to set aside the statutory demand was invalid, the appeal unsuccessful and Imagebuild ordered to pay the costs of the proceedings.

Interestingly, the Court of Appeal said that it may have been sufficient if the supporting affidavit gave evidence of the facts disputing the statutory demand even if only “on instructions”. Therefore, had the solicitor given the primary evidence that was contained in the director’s affidavit on instructions, instead of attaching the draft affidavit of the director, it may have been acceptable and a valid application. However I would not like to take a chance on the Court accepting such an affidavit.

This case is yet another reminder of the strict deadlines that apply in setting aside statutory demands and the Court’s stringent enforcement of the provisions of the Corporations Act. It is an area where anything less than 100% effort is not worth the risk.