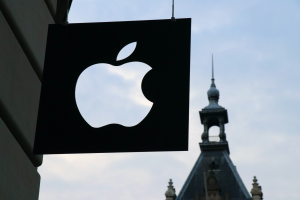 When an application for a trade mark is made to IP Australia the Registrar takes at face value the
claim by a person applying for registration to be the owner of the trade mark. However, that claim
can be displaced if an opponent is able to establish that another party is the owner at common law
as it was the first to use the same, or a substantially identical trade mark, in Australia in relation to
the same goods and/or services before the application for registration was made.

To oppose the registration of a trade mark, an opponent has 2 months from the date the application
was accepted to file a Notice of Intention to Oppose. A statement of grounds and particulars must
be filed by the opponent within one month from the day the notice of intention to oppose is filed.
The Statement of Grounds and Particulars must adequately particularise all of the grounds of
opposition relied upon by the opponent.

In all cases, the statement of grounds and particulars will need to set out:

1. the name and contact details of the opponent;
2. the number of the trade mark to be opposed;
3. one or more grounds of opposition;
4. the facts and circumstances forming the basis for each nominated ground (these are
referred to as “particulars”).

The opponent then has 3 months from the day it is given a copy of the Notice of Intention to Defend
to file its evidence in support.

Once all the evidence has been filed, the parties will be given an opportunity to be heard. This may
be done by one or both of the parties requesting a hearing in person or be dealt with “on the
papers”. When a matter is dealt with on the papers, submissions are provided by both parties to the
judicial officer and the opposition is decided and without the need for the parties to appear.
If either party disagrees with the decision it can be appealed to the Federal Court of Australia. A
notice of appeal must be filed with the Federal Court within 21 days.