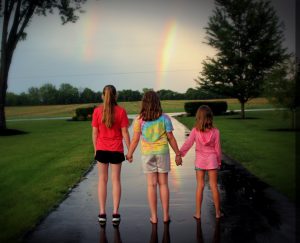 In parenting matters, when necessary, the Court will appoint an independent children’s
lawyer to represent the best interests of the children involved.

Often, each parent is of the belief that they know what’s best for their children and
consequently, instruct their legal representative to argue that point of view. This may
however involve a level of bias. Notwithstanding the Court’s best efforts, parents may
also instruct their Counsel to make submissions which are not wholly consistent with
the best interests of a child in a parenting dispute.

To mitigate this, the Court can appoint an independent children’s lawyer, or ICL, as a
third party to perform the function of representing the children in an unbiased way.
An ICL is purely involved to ensure the best interests of the children are maintained and
will consider the children’s wishes and perspectives to ultimately promote the outcome
that they have reasoned is best for the child’s welfare.

An ICL can be appointed for a variety of reasons.

In accordance with the Full Court of the Family Court decision in Re K (1994), common
reasons to appoint an ICL are as follows but not limited to:

– there are allegations of abuse of the child;
– there is intractable conflict between the parties;
– the child is alienated from one or both parties;
– there are cultural and religious differences between the parents;
– there are concerns about the mental or physical illness or personality disorder of
either parent;
– neither party seems to be a suitable residential parent for the child;
– a child of mature years indicates that they do not wish to have contact with one
parent;
– there is a threat of removal of the child from the jurisdiction;
– the determination of the case may involve separation of siblings; or
– neither party is represented.

The Court appoints an ICL under section 68L of the Family Law Act 1975 at its own
discretion when a child’s best interests may be better represented independently of the
mother or father. Outside parties and organisations may also make an application for an
ICL to be appointed for the Court’s consideration.

During a court hearing, the independent children’s lawyer can make recommendations
to the court based on the best interests of the child.

They will also communicate their recommendations to each parent’s legal
representative.

These recommendations usually take the form of orders for the Court to consider.