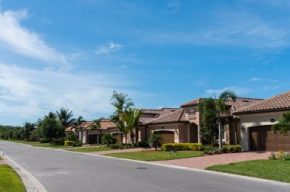 As more and more people are starting to live in strata residences, it is important to remember that the strata by-laws govern what the owner of the unit is allowed to do in their own place of residence.

The NSW Court of Appeal recently made a finding in the case of Cooper v The Owners – Strata Plan No. 58068 [2020] NSWCA 250 finding that the by-laws for that property were harsh, unconscionable or oppressive, and therefore invalid.

In the Cooper case, the issue at hand was whether the Cooper’s pet miniature schnauzer Angus could be banned under the by-laws.

Depending on your love of animals, the by-laws in relation to keeping animals may seem trivial or important, but the decision also has wider reaching implications.

Model By-Laws and Keeping of Animals

The Strata Schemes Management Regulation 2016 [NSW] provides a set of model by-laws that can be, and usually are to some degree, adopted by the Owners Corporation of a strata scheme.

The model by-laws currently contained Schedule 3 of the Regulation contain two options in relation to the keeping of animals, either allowing owners to keep an animal:-

-by providing notice from when the pet has started living on the lot owner’s property, or

-only with the written approval of the owners corporation, where the approval cannot be unreasonably withheld and reasons for any refusal provided.

However in recent years the model by-laws took a different form, and the three options were:-

-approval required for any animal other than fish;

-approval required for any animal except a cat, small dog, caged bird or fish; or

-no animal permitted other than assistance animals.

In the Cooper case, it was this third option that was included in the strata by-laws.

While these are not the current model options, it is extremely common to see one of these options as the adopted by-law when reviewing the current by-laws for a strata scheme.

By-Laws must not be unjust

Section 139 of the Strata Schemes Management Act 2015 contains a restriction that a by-law cannot be unjust and must not be harsh, unconscionable or oppressive.

In reaching its decision the Court applied the test of adverse affection, and found that the limits on the lot owners were not reasonably found to protect the material enjoyment of the other owner’s property rights. It will be interesting to see how this may be applied to a range of other limits and rights of strata owners in future.

Interestingly, the Court focused on the character of the by-law being challenged, and not on whether the owner of the lot had knowledge of the by-laws when they moved in.

This is not a suggestion that when considering moving into strata premises, the current by-laws may simply be ignored.

It is extremely important when considering any purchase to obtain proper legal advice and do proper due diligence, and in the case of strata properties this should include review of the strata records and the current by-laws.

If you are considering purchasing a property or already live in a strata residence and require advice, contact Baker Love Lawyers