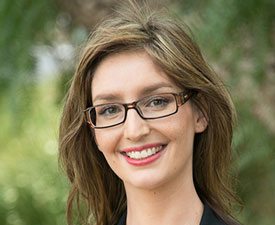 Some recent high profile media cases have brought this topic to the fore, highlighting many serious legal issues such as breach of fiduciary duty, conflicts of interest, breach of workplace health and safety obligations, damage to reputation and constructive dismissals.

A multi-platform media company was dragged through the mud late last year, when it surfaced that Seven West Media chief executive Tim Worner (formerly CEO of Seven Network) paid a $10,000.00 bonus to the executive assistant he was having a secret affair with.  The “special bonus” was given to her for “exceptional performance and outstanding contribution.”

For his passions, Mr Worner paid a price, allegedly – Ms Harrison alleges Mr Worner took a $100,000.00 pay cut to his own bonus, coincidentally in the same year that Ms Harrison’s complaint to the Australian Human Rights Commission settled by way of payment by Seven to Ms Harrison in the same amount of money.  After two years of negotiations, proposed deeds and settlements, discussions broke down and Ms Harrison went public with the affair.

Employsure Managing Director, Edward Mallett, has said that Mr Worner had a fiduciary duty as CEO to disclose his relationship due to the potential conflict of interest in authorising payment of a publicly listed company’s money to Ms Harrison. In addition, Mr Worner had a duty under the Corporations legislation not to improperly use his position to gain an advantage for someone else.  Issues surrounding trust and confidence and breach of company code of conduct were also raised, in addition to allegations surrounding cocaine-fuelled sex on work weekends away, allegedly on company time.

In an unrelated matter, the Fair Work Commission (FWC) took some shine off the allure of office romances, with the case urging employers to consider implementing disclosure policies for office romances.  In the case of M v Westpac Banking Corporation [2015] FWC 2087, the FWC rejected an unfair dismissal application of a Westpac manager who failed to disclose an office affair with a subordinate employee.  In this case, Senior Deputy President Hamburger said, “It is important to acknowledge that the applicant held a senior position which required a high degree of honesty and personal integrity. His behaviour – in failing to disclose his relationship with Ms A and then (twice) lying about it to his manager – fundamentally undermined the trust and confidence which is at the heart of the employer-employee relationship.”

Common practise in the United States of America, many companies have “no fraternisation” policies in place at the senior management level.  Whilst it’s clearly not against the law for adult consensual relationships to take place, the legal minefield at play could be very damaging, along with other flow-on issues such as gossip, rumours, perceptions of favouritism and the resultant loss of productivity within the organisation generally.  It begs the question, is it worth it?

As such, businesses may wish to consider implementing various policies to deal with office affairs, including a ‘Conflict of Interest Policy’, a ‘Disclosure Policy’ and a ‘Workplace Relationship Policy’ to ensure that expectations are made clear to all staff.  Although matters of the heart may be considered a ‘no go zone’ for bosses to openly discuss with subordinates – and a tricky area for Human Resources to implement and oversee – the benefits may outweigh the risks when a secret office relationship turns sour.