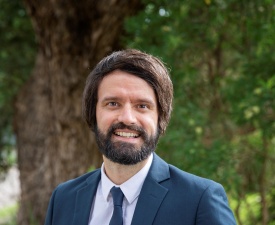 Recent raids on the ABC and the home of a Sunday Telegraph journalist, in addition to the recent arrest of Julian Assange have ignited discussions as to press freedom.

While my recent article on changes to whistleblower laws pursuant to the discussed whistleblower protections pursuant to The Treasury Laws Amendment (Enhancing Whistleblower Protections) Act 2019 Cth (“the Act”) across the corporate, financial and credit sectors, the Act also contains provisions allowing whistleblowers to forward disclosures to journalists in circumstances where the disclosures are considered to be for the public interest or emergency disclosures.

A whistleblower will be able to make a public interest disclosure to a journalist or parliamentarian if:

• the whistleblower has previously made a protected disclosure (the first disclosure) to a regulator;

• at least 90 days have passed since the first disclosure was made,

• the whistleblower does not have reasonable grounds to believe that action is being or has been taken to address the matters to which the first disclosure related;

• the whistleblower has reasonable grounds to believe that making a further disclosure to a journalist would be in the public interest;

• the whistleblower has given written notification to the authority that they intend to make a public interest disclosure;

• the extent of the information disclosed is no greater than necessary to inform the recipient of the misconduct or improper state of affairs to which the first disclosure related.

An emergency disclosure to a journalist must be based on the whistleblower having reasonable grounds to believe the information disclosed concerns a substantial and imminent danger to the health or safety of one or more persons, or the natural environment. The extent of the information disclosed must be no greater than is necessary to inform the recipient of the substantial and imminent danger.

The previous scope of disclosures was limited to contraventions of the Corporations legislation, however the amendments expanded the scope to include offences against any other law of the Commonwealth that is punishable by imprisonment for a period of 12 months or more; or represents a danger to the public.

According to the AFP, recent raids were pursuant to breaches of the Crimes Act for the publication of classified material and “an extremely serious matter that has the potential to undermine Australia’s national security”.

Where disclosures provided to journalists regarding a danger to the public also fit the ambit of having the potential to undermine Australia’s national security, there is an interesting tug of war currently between new laws encouraging disclosures to journalists and the threat of the AFP knocking at their door discouraging the disclosure of same.